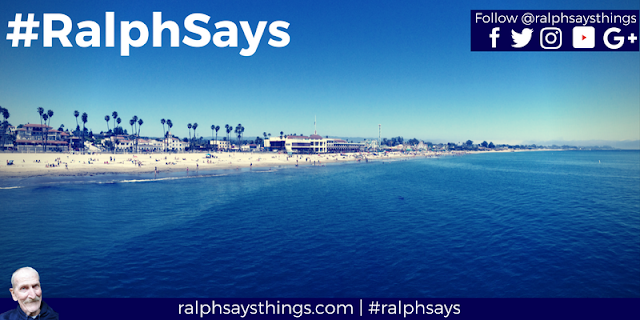 Well it looks like Ralph will be moving into a mobile home (or trailer) in Santa Cruz in a few months, (much to my chagrin). Know this, it is my intention that this will only be the briefest of stays in such a place for him...A stopgap, at the most.

Ralph is a man who has worked hard (not necessarily smart) his whole life, and now, well into his eighties, he's little to show for it.

Truth be told it's more than a little heartbreaking to witness, and realise he has arrived at such a destitute place.

He has no savings, property or investments...well you might say, apart from me, (Thea).

Having moved halfway across the world to Scotland, it has been challenging at times for me to survive on my own. Cue: dear old dad.

There is little doubt in my mind that Ralph would be financially better off if he didn't have to help me, as much as he has, and for as long as he has.

That, as you might imagine, is a heavy burden of guilt for me to bear.

It is undoubtedly why I am so determined to make Ralph Says Things a success and to be able to "pay" him back.

It's my turn to support him if you will.

Ralph now his own domains. I hadn't registered any before because I wasn't really sure what I was doing and where it was going. I'm still not, if truth be told, but I did think it was "high time" he had his own domain name so he does. I registered a couple but his main domain is ralphsaysthings.com...

For now that just brings you here but as inspiration arises, it will perhaps lead you somewhere else in the future. I envisage a community that will share content not only of Ralph's, but of other golden oldies who are disrupting ageing too. Content that will inspire people, and make people feel good, ultimately. If you come across anything you think is wonderful then please share it on social using #RalphSayThings - and I'll be sure to find it. 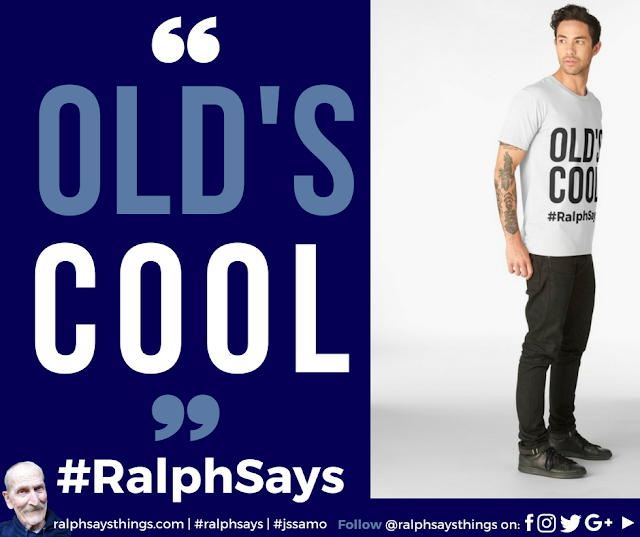 Woke up and had an email that we had our first sale on Redbubble. I couldn't believe it.

The designs have been up for a month or so (on a few sites actually), so I guess that is not too bad...

No idea who bought them, but "Thanks so much" to whoever you are.

We really appreciate it. We've been talking about other designs we could make too. Still waiting to be approved by Amazon's "Merch" but any day (week?) now I guess.

This week have been toying with the idea of a Ralph Says TV show. Slightly inspired by '50 Ways to Kill Your Mammy' (a Sky TV show in the UK) - I do wonder if we can come up with some things for him to do too.

You know, like, Ralph Says Things could become Ralph Does Things, perhaps?

Only slightly less ambitious and adventurous than the stuff Baz makes his "mammy" do...I can't see ole Ralph jumping out of an airplane in his 80s...but you never know, I guess?

Not sure what we could have just yet, but some ideas are brewing...

If you have any cool ideas to further​ the Ralph cause, then please get in touch.

Finally What about "Ask Ralph"?

Do you have any questions for Ralph? You could maybe ask Ralph for advice, thoughts or opinions on your life or his.

Questions can be serious or silly, easy or hard - the choice is yours.

I think he'd come up with some pretty quirky or random things to respond with, but I am not 100% sure.

Remember to catch Ralph on all good social media channels as Ralph Says Things. FB is the biggest community so far..

Ralph Says Things on the Web 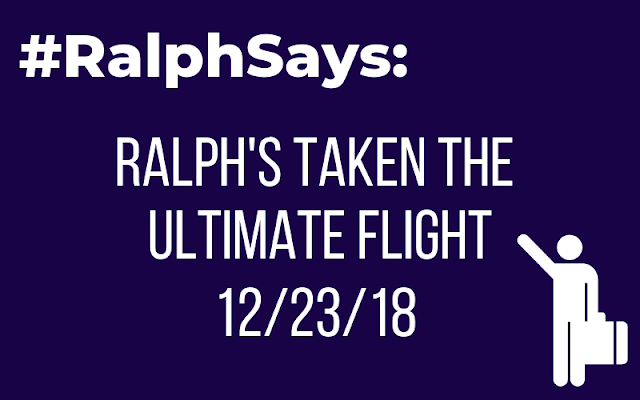